Food insecurity among children was at lowest recorded rate in 2018 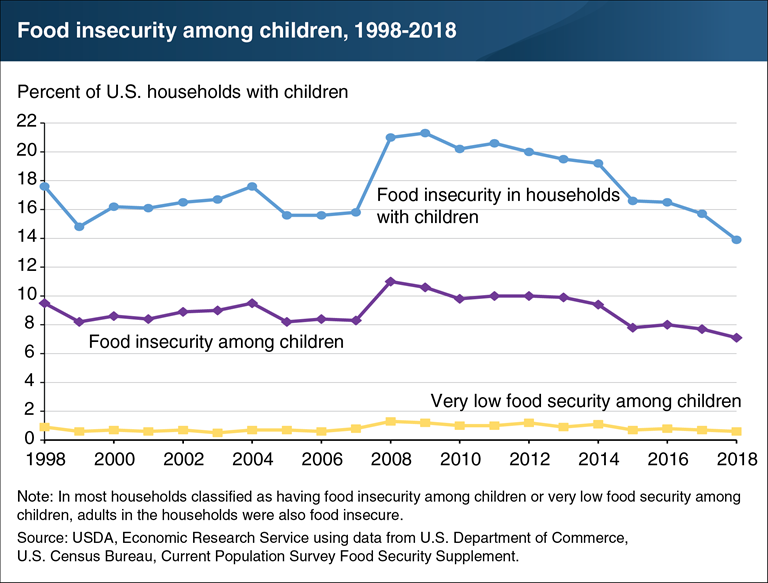