About a third of beginning farms and half of established farms produced at least $10,000 worth of output between 2013 and 2017 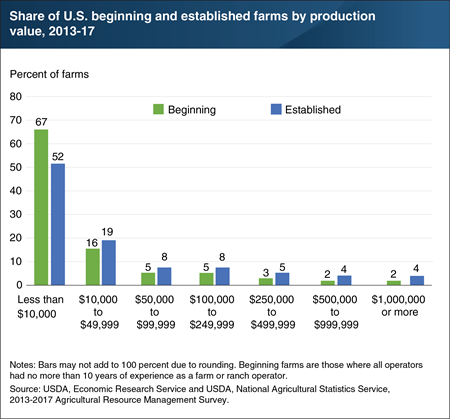