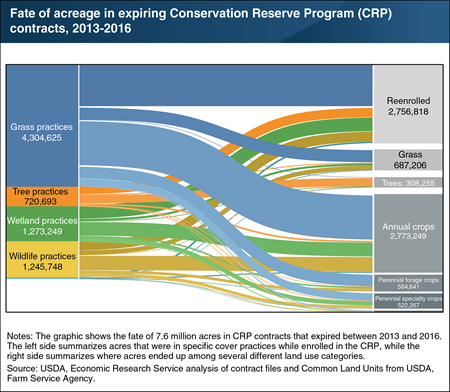 Errata: On December 4, 2020, the Chart of Note was revised. The acreages shown in the figure were updated to correct an undercounting of roughly 188 acres of land that exited USDA’s Conservation Reserve Program over the study period.