Poverty rates in 2017 were highest for children, particularly among those living in rural areas 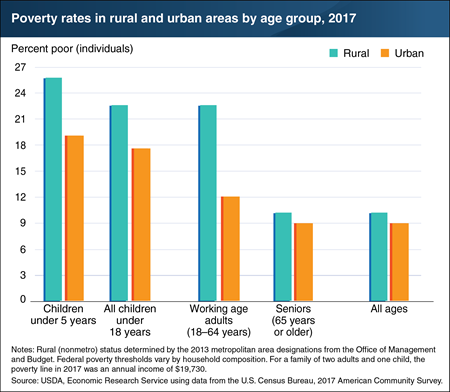