U.S. production of fresh vegetables decreased but rose for processed vegetables and pulses in 2018 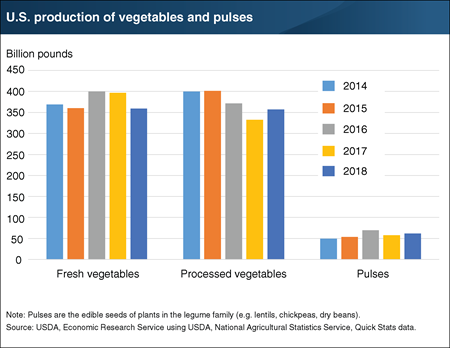