The value of oil and gas production on farmland amounted to $226 billion in 2014, or about two-thirds of total production 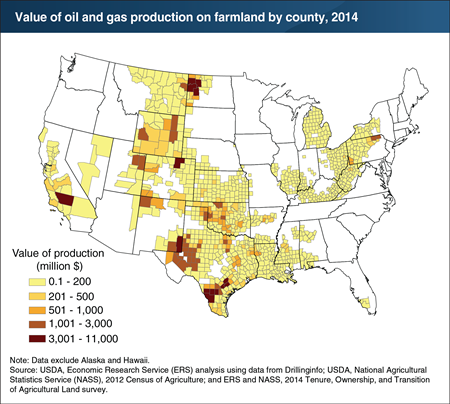