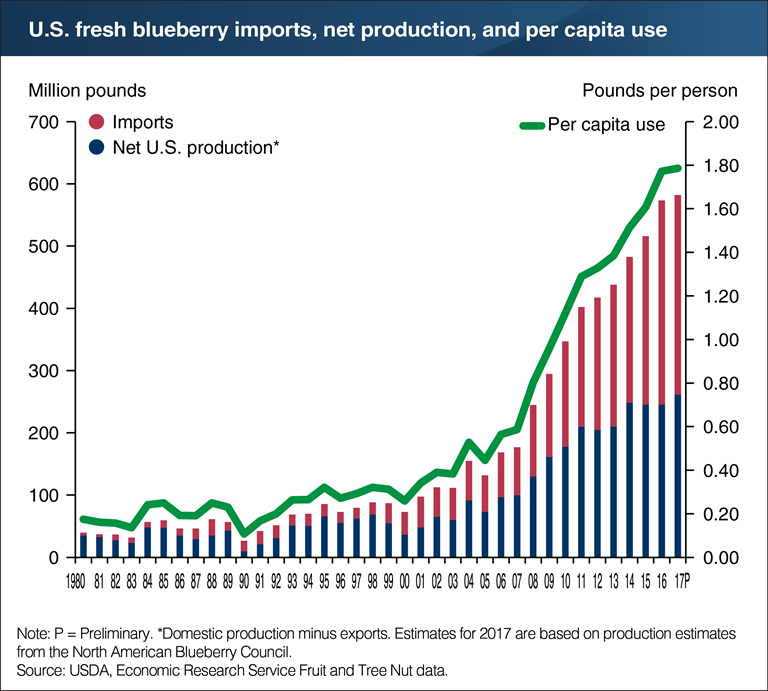 Per capita U.S. fresh blueberry use has increased to record-breaking levels each year since 2006, reaching 1.79 pounds in 2017. Rising U.S. demand over the last two decades has been supported by increased availability from domestic production and imports. Imports, however, have risen more rapidly than domestic production, climbing to a record 328.3 million pounds in 2016—exceeding domestic production for the first time over the period 1980-2017. Imports’ share of domestic use rose from about 25 percent in the 1980s to over 50 percent in recent years. More than half of total import volume come from Chile; other key suppliers include Canada, Mexico, Peru, and Argentina. Being sourced mainly from the Southern Hemisphere, a majority of the imports occur during the off-season for domestic production. The U.S. production season begins in April and runs through the summer into early fall. This chart appears in the bi-annual ERS Fruit and Tree Nuts Outlook newsletter released in March 2018.