The median income of households operating farm businesses has risen over the past two decades, but remains below that of self-employed households 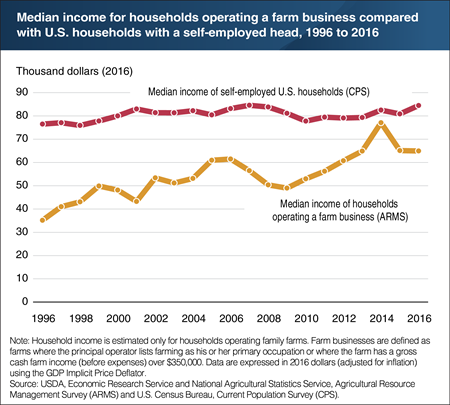