Share of production by type of farm varies across commodities, 2016 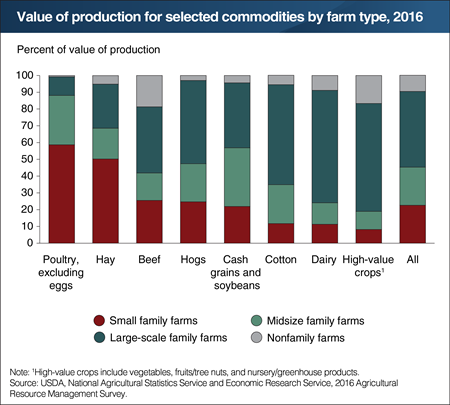