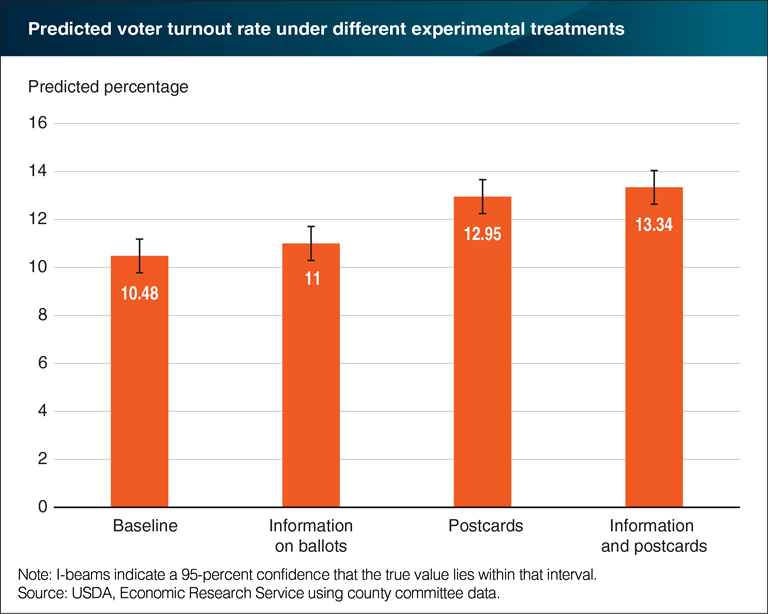 County Committees (COC) are critical to the delivery of farm support programs and make numerous program decisions, such as whether or not a producer is in compliance with the program’s eligibility requirements. However, participation in COC elections have declined over time. An ERS experiment tested the impact of using different forms of outreach on voter participation during the 2015 COC elections. Some voters received ballots with information about candidates printed on the outside. Other voters received postcards with deadlines and candidate information. A third group of voters received both, and a baseline group received neither. Compared to the baseline, the experiment found that printing candidate information on the outside of the ballot plus sending postcards increased voter participation by nearly 3 percent. This information may offer a relatively low-cost outreach strategy to encourage participation in future elections. This chart appears in the ERS report Economic Experiments for Policy Analysis and Program Design: A Guide for Agricultural Decisionmakers, released August 2017.