Households operating larger farms get more of their income from farming 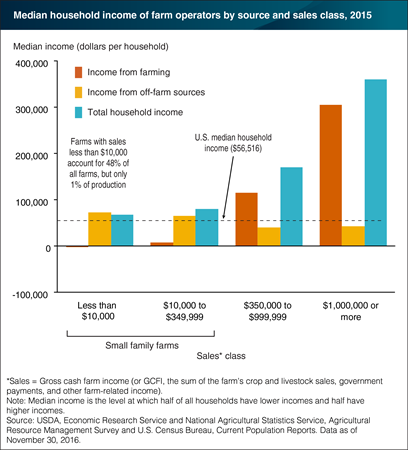