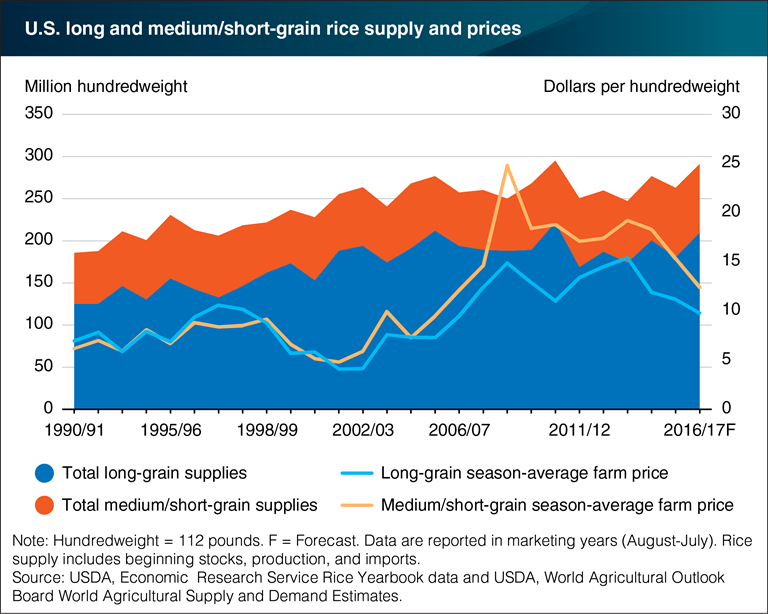 U.S. supplies of rice increased 58 percent since the 1990/91 marketing year. The majority of this growth occurred in the long-grain variety, where supplies grew 67 percent, compared with 35 percent gains in short/medium grain rice. Imports make up an increasing share of supply in recent years, but still remain below 9 percent of the total. Farm prices for both rice categories were relatively stable between 1990/91 and 2006/07, but a global rice crisis in 2008 led to a significant increase in prices, particularly of the medium/short variety, which reached an average of $25 per hundredweight in 2008/09. Prices declined following the crisis, but still remain elevated relative to historic levels. Supply is projected to total 294 million hundredweight in the 2016/17 marketing year. This would be the second highest total on record for the United States, trailing only 2010/11 when record production led to 297 million hundredweight in the U.S. market. Just under half of U.S. rice supply is exported with the remainder consumed or stored domestically. This chart is drawn from data discussed in the ERS Rice Outlook report released in February 2017.