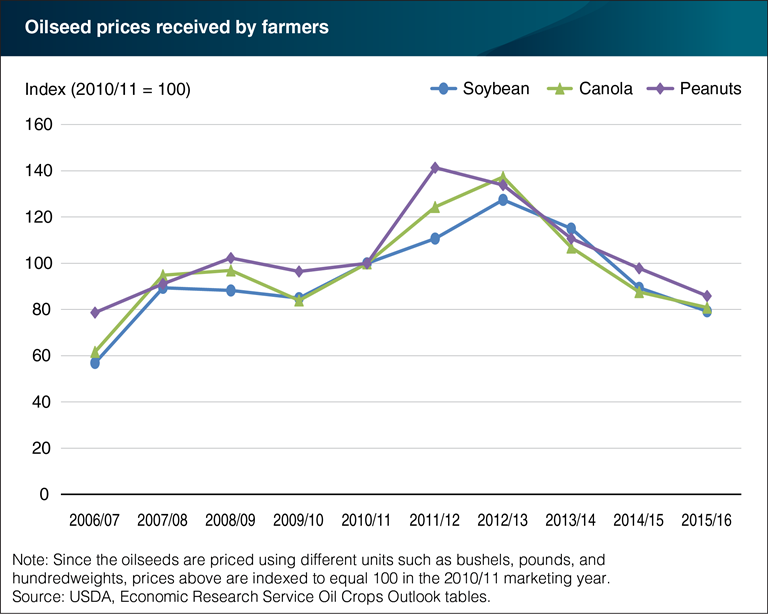 Oilseeds like soybeans, canola, and peanuts are strong substitutes for one another, particularly when used to produce cooking oils. As a result of their substitutability, their prices often move in similar directions. The rise in one oilseed’s price typically drives up the price of its alternatives. For example, if the price of soybeans increases, alternative oilseeds, like canola, would be more attractive to buyers. Subsequently, the price for canola would likely increase too. Prices for all major oilseeds have been moving steadily downward since peaking between 2011 and 2013. Data from the 2015/16 marketing year show that oilseed prices haven’t been this low since at least 2009/10. The price reduction for farmers is largely attributed to record domestic and global production of soybeans, peanuts, and other oilseeds in recent years. This chart is drawn from data discussed in the latest Oil Crops Outlook report released in January 2017.