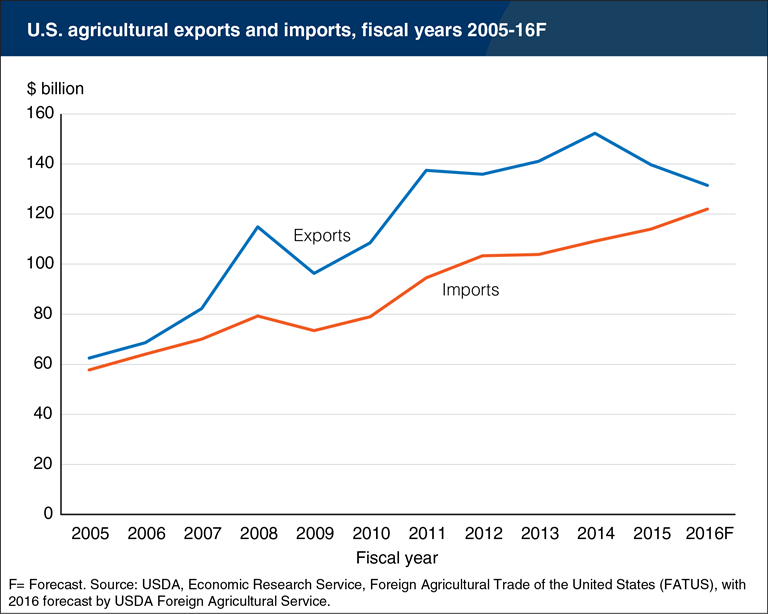 The value of U.S. agricultural exports and imports increased each year from fiscal year (FY) 2009 (October 1-September 30), through FY 2014, when the agricultural trade balance reached an all-time high of $43.1 billion. In FY 2015 the value of agricultural exports fell by 8.3 percent while imports grew by 4.5 percent, cutting the trade balance to 25.7 billion. The forecast for FY 2016 is for this pattern to continue: lower exports and higher imports are expected to push the agricultural trade surplus below $10 billion for the first time since 2006. Lower commodity prices account for some of the decline in the value of exports, but a stronger U.S. dollar also plays a role. Unlike in 2009 when both exports and imports fell due to the global recession, in 2015 and 2016 imports are growing at the same time that exports are falling, reflecting the greater purchasing power of the U.S. dollar in international markets and the reduced purchasing power of foreign currencies to buy U.S. goods. This chart is from the USDA/ERS Foreign Agricultural Trade of the United States (FATUS) dataset and the December Outlook for U.S. Agricultural Trade report.