Per capita wheat flour consumption declines along with other starches 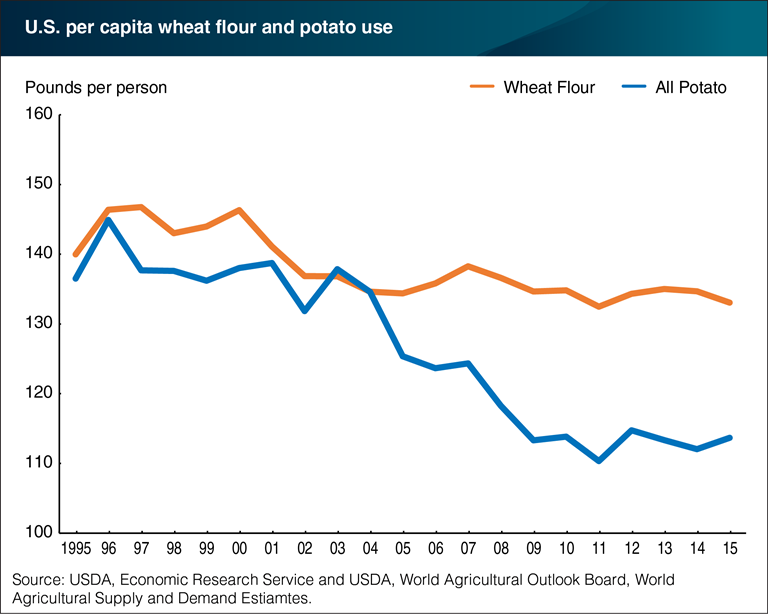 After peaking in 1997, per capita wheat consumption has trended downward, falling from146.8 pounds per person to 133.0 in 2015. With the U.S. population growing at a faster rate than projected wheat food use for the 2016/17 marketing year, per capita wheat consumption is on track to decline again in 2016. Reduced per capita wheat food use in the U.S. has been attributed to rising consumption of gluten-free or multi-grain products and diet trends, such as the Atkins diet, that encourages reduced consumption of carbohydrates. These same changes in consumer taste and preferences created downward pressure on use for other plant-based starches such as potatoes. Over the past two decades, per capita potato consumption has fallen by an average of 1.6 pounds per year and compares to annual per capital declines of 0.7 pounds for wheat. This chart is drawn from the ERS Wheat Outlook report released in November 2016.