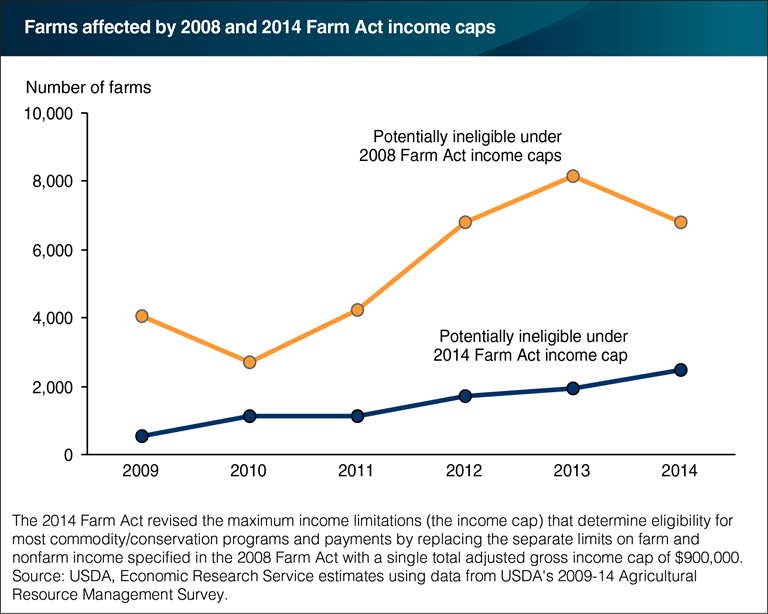 The 2014 Farm Act revised the maximum income limitations (the income cap) that determine eligibility for most commodity and conservation programs and payments by replacing the separate limits on farm and nonfarm income specified in the 2008 Farm Act with a single total adjusted gross income cap of $900,000. Based on data for 2009-14--a period of overall increasing farm sector income--a comparison of the impact of the income caps imposed by the 2008 and 2014 Farm Acts finds that the number of potentially ineligible farms increases over the period under both income caps. The potential number of farms affected by the 2014 income cap is below the number affected by the 2008 income caps, averaging 1,500 farms per year (about 0.1 percent of all farms) for the period 2009-14. This chart is found in the August 2016 Amber Waves feature, "Farm Bill Income Cap for Program Payment Eligibility Affects Few Farms."