U.S. corn production and use expected to reach a new record in 2016 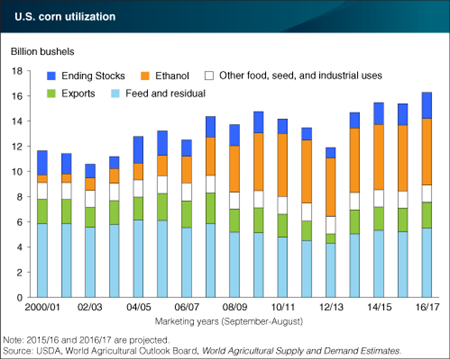