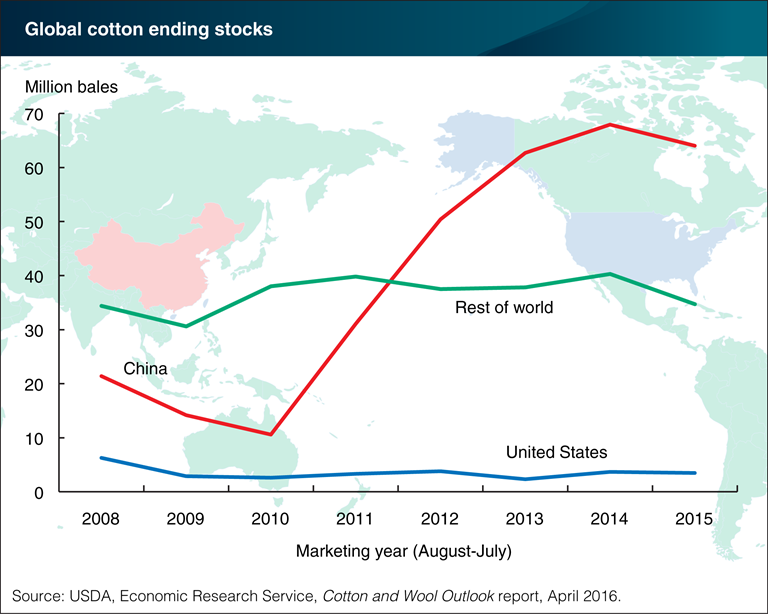 Global ending stocks of cotton are forecast to decline in the 2015/16 marketing year (August-July), down about 9 percent from last year’s record of nearly 112 million bales. Cotton stocks rose dramatically between 2010/11 and 2014/15 as relatively high prices encouraged world production and discouraged consumption. Despite this season’s anticipated decrease, ending stocks remain double the 2010/11 level. The recent global stocks buildup resulted from policies in China that insulated Chinese cotton producers from declining world prices and, at the same time, also encouraged imports. More recent policy shifts in China have discouraged production and imports in that country, beginning the process of reducing the surplus of Government-held stocks. In 2015/16, China’s stocks are expected to decrease for the first time since 2010/11. However, with stock reductions also expected in the rest of the world, China’s share of global stocks remains above 60 percent. This chart is from the April 2016 Cotton and Wool Outlook report.