U.S. diets are still out of balance with Federal recommendations 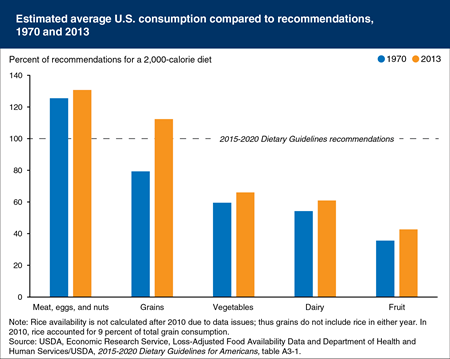