Georgia is the leading U.S. producer of pecans 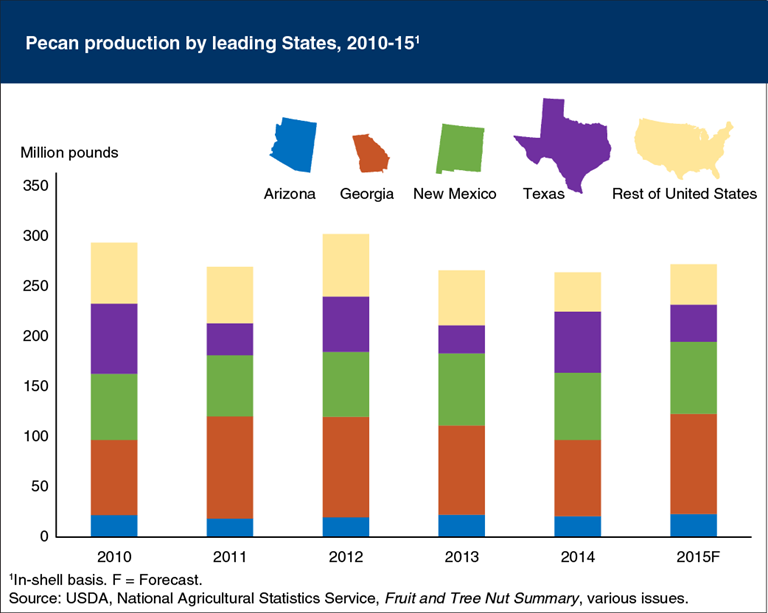 Pecan trees, a species of hickory, are the source of the only commercially produced tree nut native to the United States. The United States is the world’s leading producer of pecans, and Georgia is historically the leading pecan-producing State, typically accounting for about 33 percent of U.S. production. In 2015, Georgia’s pecan crop is forecast at 100 million pounds (in-shell), an increase of 32 percent over the 2014/15 harvest. New Mexico has the second highest production, with the 2015 harvest expected to reach 72 million pounds (in-shell), accounting for 26 percent of the U.S. harvest. Texas rounds out the top three pecan-producing States, with 2015 production forecast at 37 million pounds. Texas producers have more acreage planted in native and seedling pecans as opposed to improved varieties and production in that State tends to be more variable year to year than in New Mexico or Georgia, as illustrated by the nearly 40-percent drop in 2015 production compared to the 2014 harvest of 61 million pounds. This chart is based on the September 2015 Fruit and Tree Nut Outlook.