Almost half of U.S. apples available for domestic consumption are used in juices 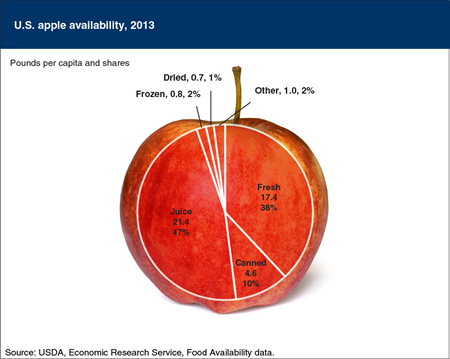