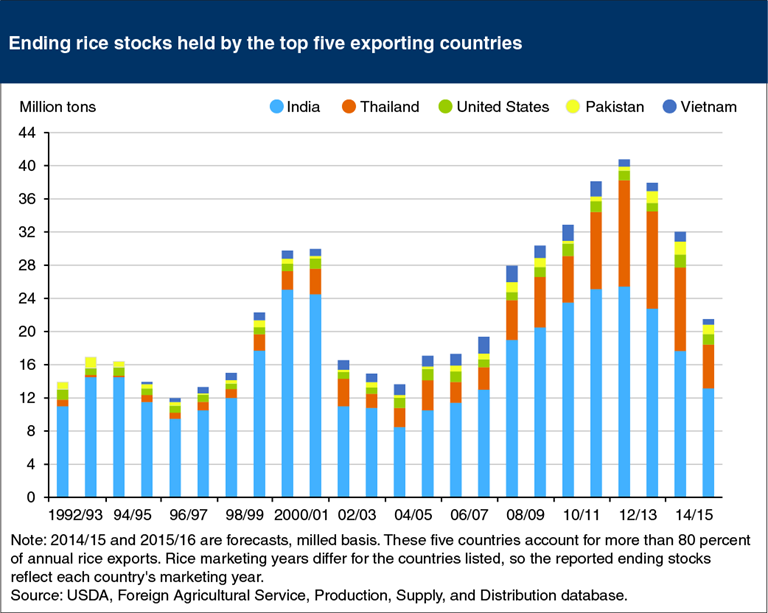 Rice consumption worldwide is expected to exceed production for the third consecutive year in 2015/16, resulting in the smallest global ending stocks since the 2007/08 marketing year. Ending stocks among the world’s five leading rice exporters—India, Thailand, Vietnam, Pakistan and the United States—are projected down a combined 33 percent from last year and 47 percent below the peak levels of 2012/13. These countries account for the bulk of the decline in global stocks. The last time stocks were near these levels in 2007/08, prices rose to their highest nominal level on record, prompted by export bans by Egypt, India, and Vietnam and fears of rice shortages in countries where rice is a staple food. Today the market situation is far different, with global rice prices relatively flat since late August 2015 after trending lower for the previous several years. However, the low stocks held by major exporters suggest that in the event of a major weather problem in any large rice consuming country, prices could rise rapidly since little surplus rice would be available to meet consumer needs. This chart is from the November 2015 Rice Outlook report.