Nonmetro unemployment rates have declined, but remain highest for adults with the lowest levels of education 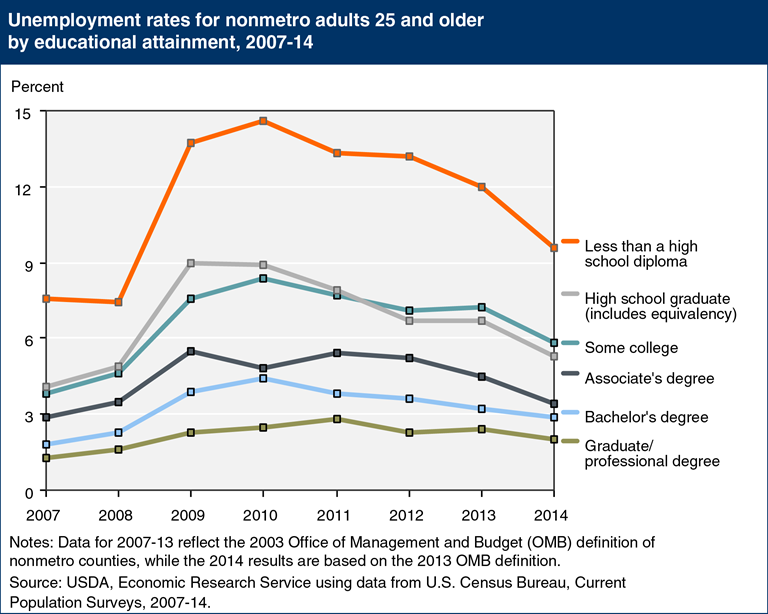 The nonmetro unemployment rate fell between 2010 and 2014 as the economy continued to recover from the national recession that began in late 2007. The likelihood of being unemployed was much higher for adults (ages 25 and older) at the lowest levels of educational attainment during the 2007-2014 period. Data from the Census Bureau’s Current Population Survey show that differences in unemployment rates between the least and most highly educated nonmetro adults nearly doubled over the 2007-2010 period. Since 2010, unemployment rates have fallen, especially for those without a high school diploma. In 2010, nearly 15 percent of adults without a high school diploma were unemployed, while in 2014, 9.6 percent of adults in this group were unemployed. Overall, unemployment rates declined across all levels of educational attainment for nonmetro adults, showing a gradual trend towards pre-recession levels. This chart is found on the ERS topic page on Rural Employment and Education, updated September 2015.