Fatality rates are an important determinant of foodborne illness costs 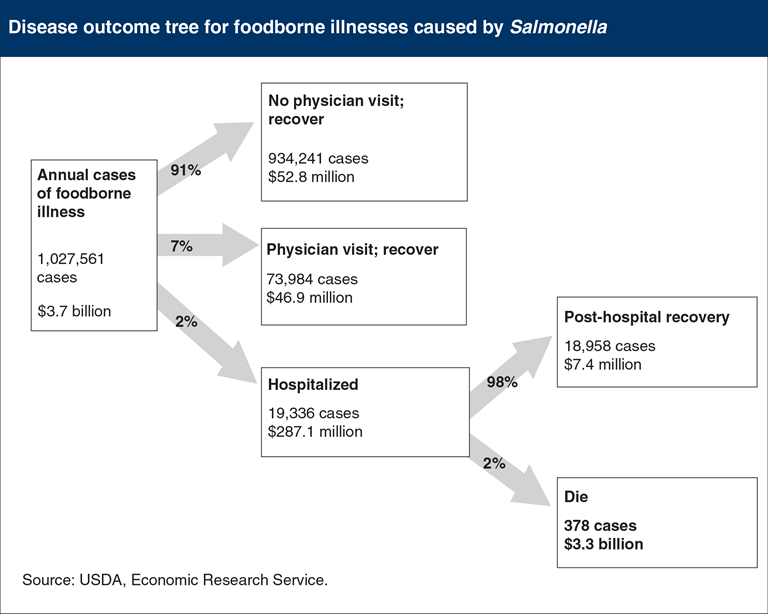 Quantifying the impacts of foodborne illness can help public health officials and food industry personnel better target food safety resources. ERS has analyzed the economic burden of the 15 pathogens responsible for close to 95 percent of the 9.4 million annual episodes of foodborne illness for which a pathogen cause can be identified. ERS estimates reveal that 83 percent of the economic burden from these 15 foodborne pathogens is due to the number of deaths they cause per year. For example, of the 1 million annual cases of foodborne illness caused by the pathogen Salmonella, an average of 91 percent of people recovered without visiting a doctor, 7 percent visited a doctor and recovered, and 2 percent of cases were severe enough to require hospitalization. Most people hospitalized with a Salmonella infection recover. However, the 378 people who do not survive account for $3.3 billion, or 89 percent, of the economic burden from this pathogen. This chart appears in “Quantifying the Impacts of Foodborne Illnesses” in the September 2015 issue of ERS’s Amber Waves magazine.