Nearly half of all organic farms sell through local food markets 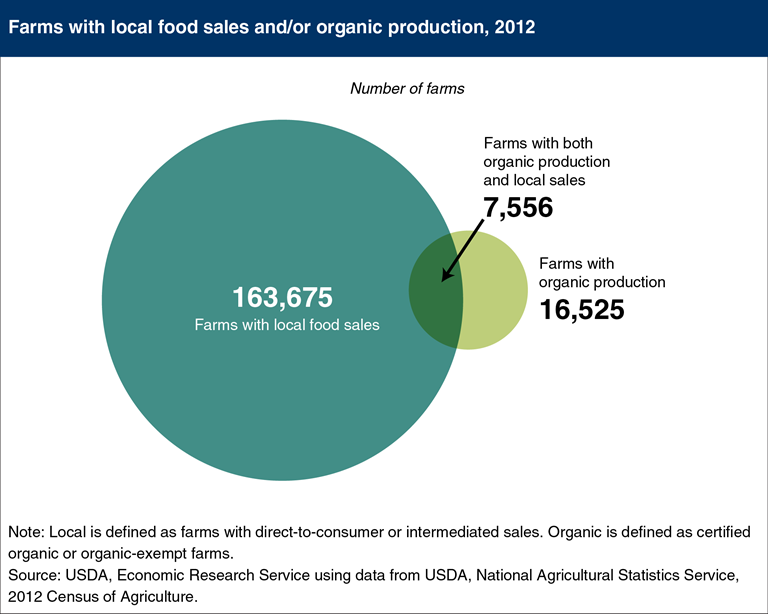 In 2012, fewer than 5 percent of farms with local food sales were organic farms (either certified organic, or certification-exempt farms because annual organic sales were under $5,000). However, nearly half (46 percent) of all organic farms sold food commodities through direct-to-consumer outlets (such as farmers’ markets and community supported agriculture arrangements), and/or through intermediated marketing channels (such as restaurants and retail outlets). Over the 2007-12 period, direct-to-consumer outlets continued to be the most frequently used local food marketing channel for selling organic—41 percent of organic farms used this marketing channel in 2007 versus 39 percent in 2012. Certification-exempt farms, which often tend to be very small and/or beginning farmers, are also more likely to rely on local markets. In 2012, they were twice as likely as certified organic farms to use direct-to-consumer outlets (63 percent versus 32 percent). This chart is found in Trends in U.S. Local and Regional Food Systems: A Report to Congress, January 2015.