Number of fast food restaurants per capita varies across the U.S. 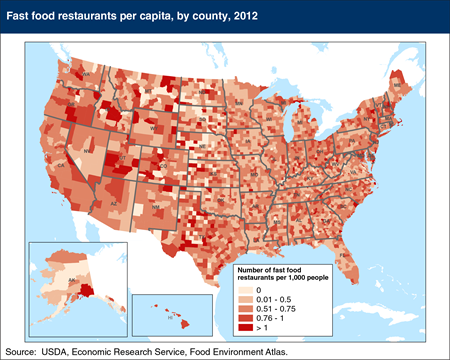