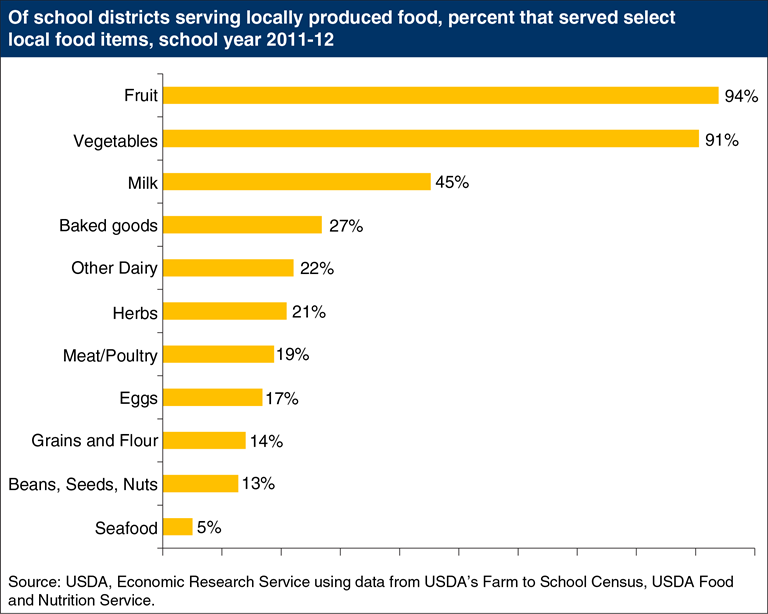 According to USDA’s Farm to School Census, 36 percent of the U.S. public school districts that completed the questionnaire reported serving at least some locally produced foods in school lunches or breakfasts during school years 2011-12 or 2012-13. While fruits and vegetables topped the list of local foods served in schools in 2011-12, 45 percent of the school districts that used local foods reported serving locally produced milk, and 27 percent reported serving locally produced baked goods. Some States have State-produced foods, such as fruits and vegetables, grains, meats, and dairy products included in the products donated by USDA for use in school meals (a program called USDA Foods). The DOD Fresh Program allows districts to use USDA funds to obtain fresh fruits and vegetables through the Department of Defense, which provides information to districts on foods that are sourced locally. This chart appeared in “Many U.S. School Districts Serve Local Foods” in the March 2015 issue of ERS’s Amber Waves magazine.