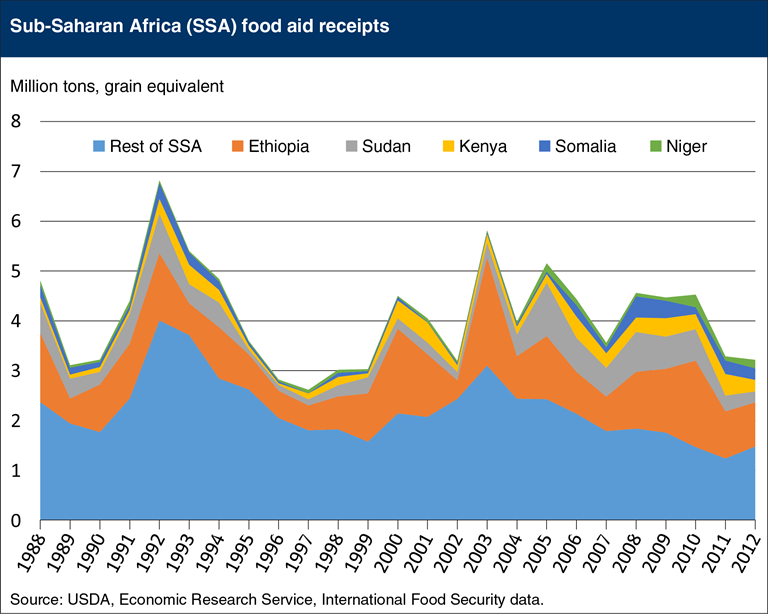 Sub-Saharan Africa food aid receipts have generally declined over the past 10 years, but remain highly variable and continue to account for the largest regional share of global food aid. Annual fluctuations in food aid to the region is partly a result of the shift in the composition of food aid from program aid to meeting more variable emergency assistance needs; emergency assistance accounted for about half of all food aid in 2000, rising to about 70 percent in 2012. Several of the recent major food aid recipient countries in the region, including Sudan and Somalia, are countries with significant emergency needs associated with domestic supply shortages and/or civil unrest. The general decline in Sub-Saharan African food aid receipts since the early 2000’s is partly due to improved supply conditions in some countries in the region, and partly due to the decline in the volume global food aid, which fell from 11.3 million tons in 2000 to less than 7 million tons in 2012. This chart is based on data found in International Food Security and analysis found in International Food Security Assessment: 2014-2024.