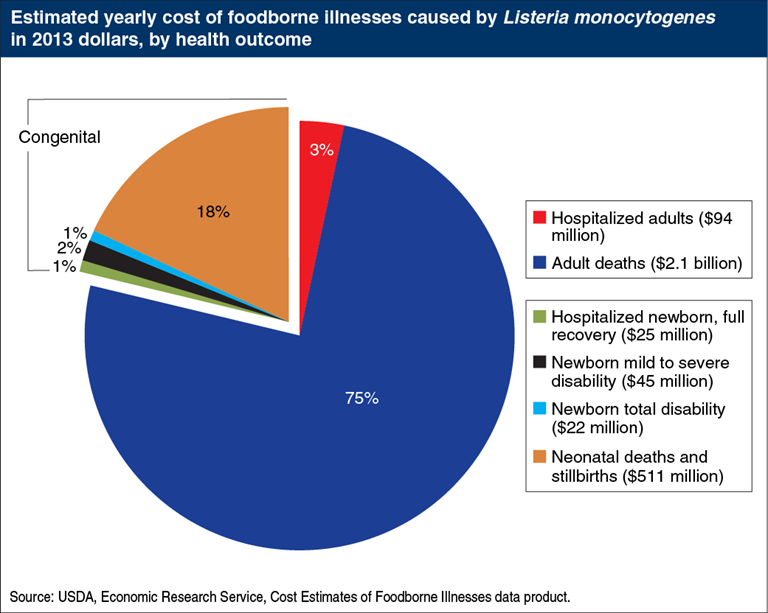 Listeria monocytogenes causes few illnesses compared to many other major U.S. foodborne pathogens, but these few cases have a high economic burden. According to 2011 estimates from the U.S. Centers for Disease Control and Prevention, each year about 1,300 adults in the United States are sickened by foodborne Listeria. These cases can have serious consequences, especially for older adults, those with compromised immune systems, and pregnant women and their unborn children. Ninety percent of those who are sickened by Listeria require hospitalization and around 250 die. Pregnant women generally recover without further complications to themselves, but their infections can have serious impacts on their fetuses. Each year, about a third of the 280 cases of congenitally-acquired Listeria infections result in permanent disability or death. ERS estimates that foodborne Listeria infections cause an estimated $2.8 billion annually in medical costs, lost wages, and societal willingness to pay to prevent deaths. About a quarter of that burden is from newborn and prenatal infections. This chart and similar charts for 14 other pathogens can be found in the ERS report, Economic Burden of Major Foodborne Illnesses Acquired in the United States, released on May 12, 2015.