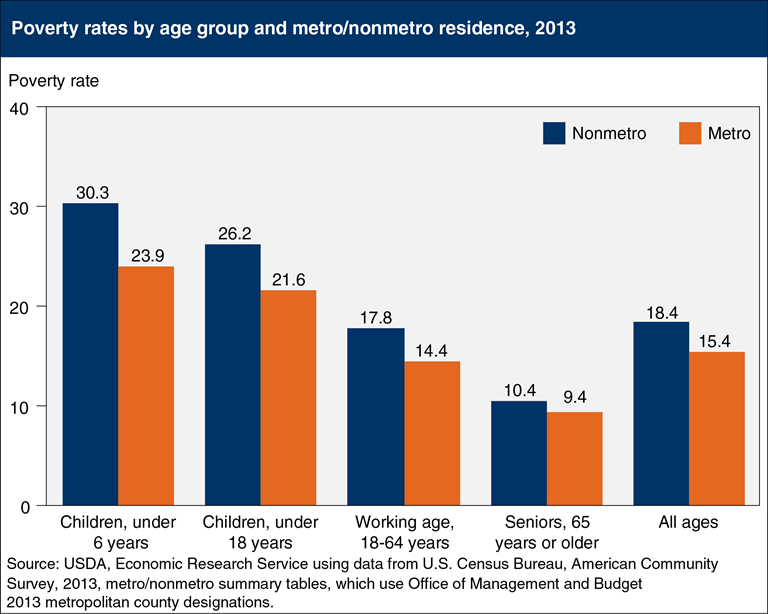 An important indicator of the Nation’s long-term well-being is poverty among children; child poverty often has an impact that carries throughout a lifetime, particularly if the child lived in poverty at an early age. Like the overall poverty rate, nonmetro (rural) child poverty has been historically higher than metro (urban) child poverty, and increased to record-high levels in 2012. According to Census estimates, the poverty rate for children under 18 living in rural areas stood at 26.2 percent in 2013, more than four percentage points higher than the metro child poverty rate of 21.6 percent. In 2013, the nonmetro/metro difference in poverty rates was greatest for children under six years old (30.3 percent nonmetro and 23.9 percent metro). Child poverty is more sensitive to labor market conditions than overall poverty, as children depend on the earnings of their parents. Older members of the labor force, including empty nesters and retirees, are less affected by job downturns, and families with children need higher incomes to stay above the poverty line than singles or married couples without children. This chart is found in the ERS topic page on Rural Poverty & Well-being, updated April 2015.