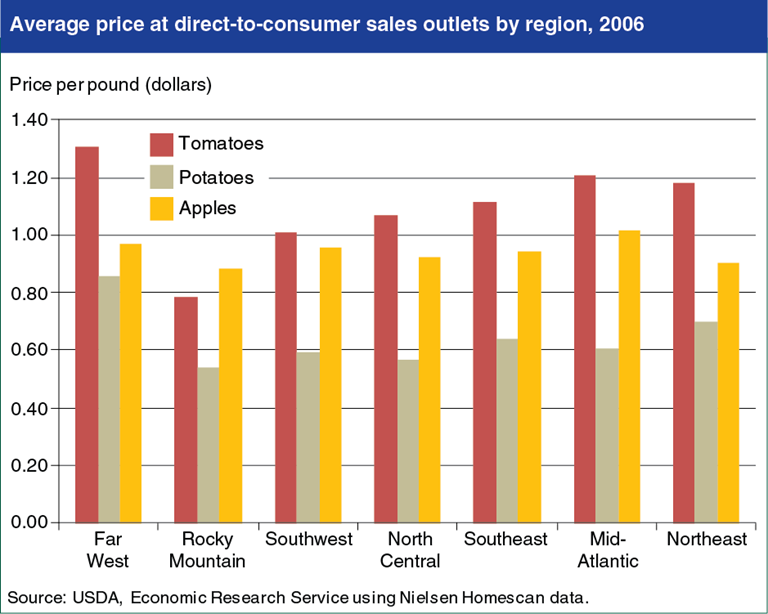 ERS researchers recently used quantity and expenditure data from a nationally representative survey of households and their retail food purchases to analyze prices of selected fruits and vegetables at direct-to-consumer (DTC) outlets, which include farmers’ markets, roadside fruit stands, and onfarm sales. Average prices at DTC venues exhibited regional variation for fresh tomatoes, potatoes, and apples, which were among the most popular fresh produce items purchased by Nielsen Homescan panelists in 2006. (2006 is the latest year that has detailed information on unpackaged and nonstandard-weight foods such as fresh fruits and vegetables.) Prices at DTC outlets in 2006 were lowest in the Rocky Mountain region and highest (for tomatoes and potatoes) in the Far West. DTC apple prices were highest in the Mid-Atlantic. DTC tomato prices varied most, ranging from $0.79 per pound in the Rocky Mountains to $1.30 per pound in the Far West. A version of this chart appears in the ERS report, Trends in U.S. Local and Regional Food Systems: A Report to Congress, January 2015.