On average, Americans spend just under 10 percent of their incomes on food 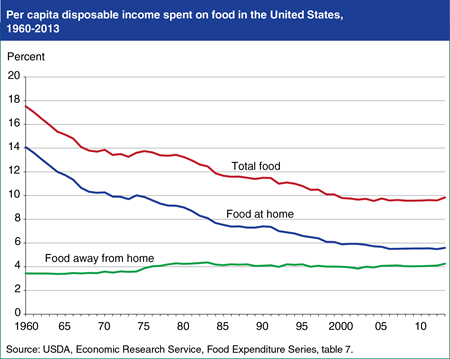