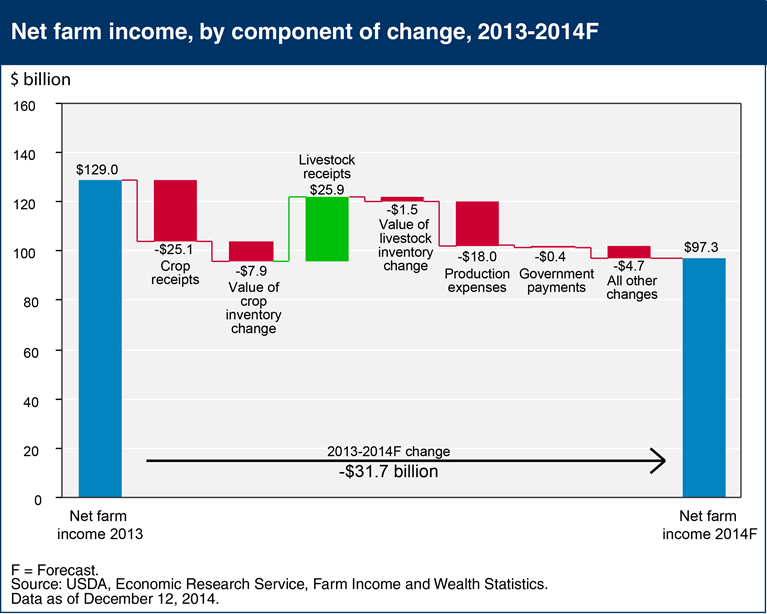 Net farm income is forecast to be $97.3 billion in 2014, down nearly $32 billion (25 percent) from 2013’s estimate. The 2014 forecast would be the lowest since 2010, but still $12.3 billion above the previous 10-year average. Crop receipts are expected to decrease by $25.1 billion, led by a projected $10.9-billion decline in corn receipts and a $9.5-billion decline in oil crop receipts, largely due to weak prices. Livestock value of production is expected to have strong gains, with increases across almost all livestock categories and the largest gains expected in cattle/calves and milk. Total production expenses are forecast to increase $18 billion in 2014, extending the upward movement in expenses for a fifth straight year. The elimination of direct payments under the Agricultural Act of 2014 resulted in a projected 4-percent decline in government payments due to offsetting supplemental and ad hoc disaster assistance payments related to drought. For additional analysis, see the 2014 Farm Sector Income Forecast, updated December 12, 2014.