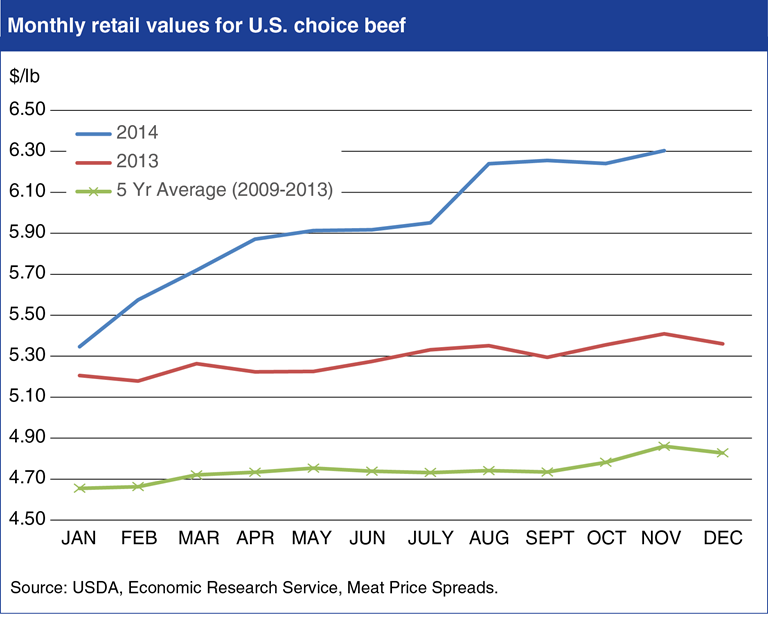 U.S. retail choice beef values climbed through 2014, reaching a record high of $6.30 per pound in November. Retail value is defined as the average value at the grocery store of a basket of beef cuts, measured in cents per pound of retail weight. In November 2014, retail values were about $1.00 above the highs reached in 2013 and roughly $1.50 per pound above the previous five-year average. The sharpest jump in month to month prices in the past 5 years occurred between July and August 2014, when prices increased $0.29 per pound. Higher retail beef prices reflect increased cattle prices due to historically low cattle inventories and cattle being held off the market for breeding purposes as growers attempt to rebuild herds. The pace of slaughter has also slowed as feedlots take advantage of lower feed costs to hold cattle back longer and raise them to record high weights. U.S. beef production is forecast to decline further in 2015, indicating that retail prices are likely to remain high. This chart is based on data from Meat Prices Spreads that was last updated December 17, 2014.