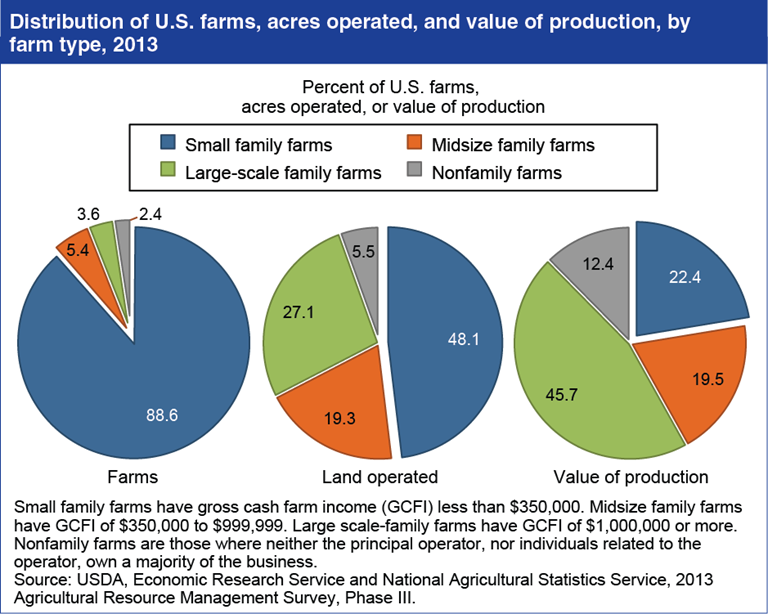 In 2013, 98 percent of U.S. farms were family farms, where the principal operator and his or her relatives owned the majority of the business. Two features of family farms stand out. First, there are many small family farms—those reporting less than $350,000 in gross cash farm income (GCFI)— and they account for 89 percent of all U.S. farms and operate 48 percent of U.S. farmland. Second, while most production—65 percent—occurs on the 9 percent of farms classified as midsize/large-scale family farms, small farms’ 22-percent share of production is larger than that of midsize farms alone (20 percent) or nonfamily farms (12 percent). This chart updates one found in Structure and Finances of U.S. Farms: Family Farm Report, 2014 Edition, EIB-132, December 2014.