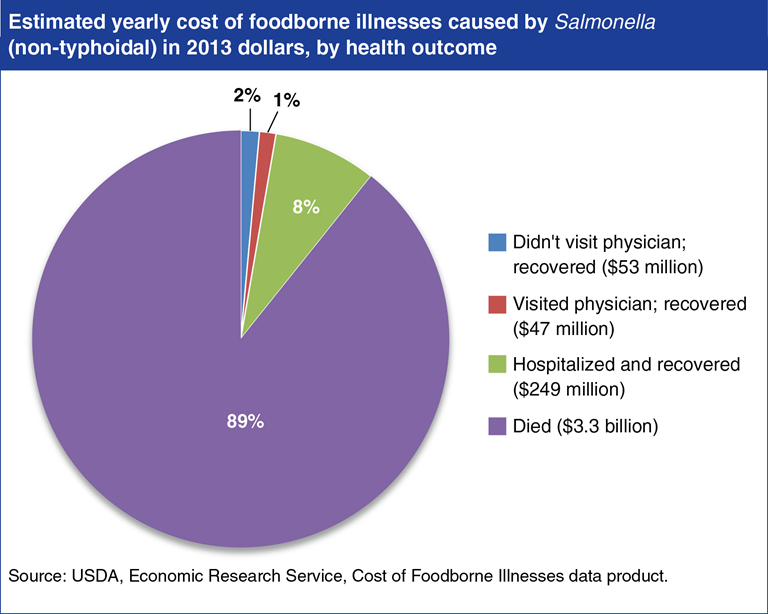 Each year, roughly a million people in the United States become ill from a foodborne Salmonella infection according to 2011 estimates from the U.S. Centers for Disease Control and Prevention. For most healthy people, the infection causes short-lived symptoms that do not require medical attention. However, 7 percent of those infected are sick enough to visit a physician before recovering. Over 19,000 people a year are admitted to the hospital with a foodborne Salmonella infection, and roughly 380 of them die. Salmonella ranks first among 15 leading U.S. foodborne pathogens in terms of economic burden. Foodborne Salmonella infections impose an estimated $3.7 billion each year in the United States in medical costs, wages lost from time away from work, and societal willingness to pay to prevent deaths. Almost 90 percent of this burden—$3.3 billion—is due to premature deaths; 8 percent is due to hospitalization, and the remaining 3 percent are the costs associated with the non-hospitalized cases. The statistics for this chart and similar costs for 14 other foodborne pathogens can be found in ERS’s Cost Estimates of Foodborne Illnesses data product.