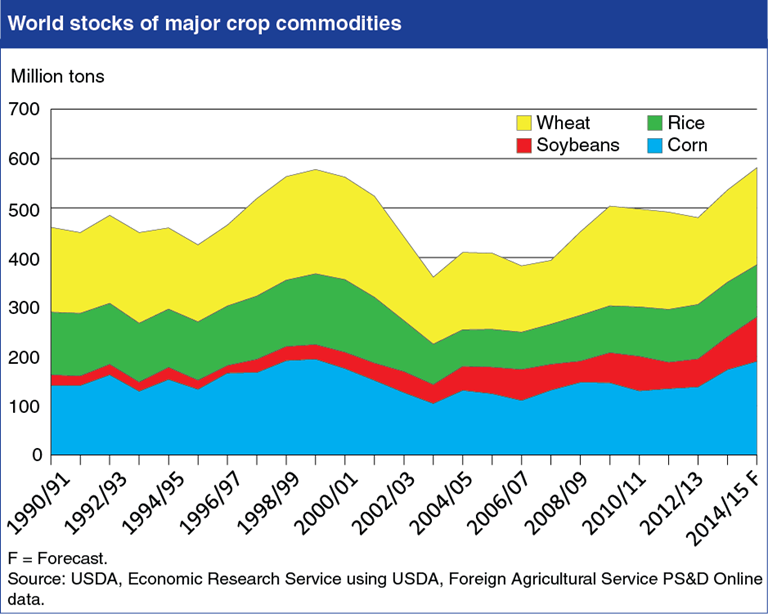 Global stocks of major crop commodities are forecast to expand in the 2014/15 marketing year, with total stocks of wheat, rice, corn, and soybeans completing recovery from the relatively low levels that preceded the 2008 spike in world crop prices. Record U.S. crops of corn and soybeans, along with good harvest by some other major producing countries, are forecast to push both U.S. and global stocks of these commodities to record levels. World wheat stocks are forecast to rise based on the outlook for record or near-record harvests by major foreign producers, including China, the EU, India, and the Former Soviet Union. While world rice stocks are forecast below peak levels of the early 2000s, good harvests and ample stocks are expected across the major producing regions in Asia. The supply outlook is expected to lead to lower commodity prices, with the average U.S. farm prices of corn (-24 percent), soybeans (-23 percent), wheat (-14 percent), and rice (-10 percent) all forecast down in their respective 2014/15 marketing years compared with 2013/14. Find additional analysis in the current editions of Feed Grain Outlook, Oil Crops Outlook, Wheat Outlook, and Rice Outlook.