One in five U.S. households with children were food-insecure at some time in 2013 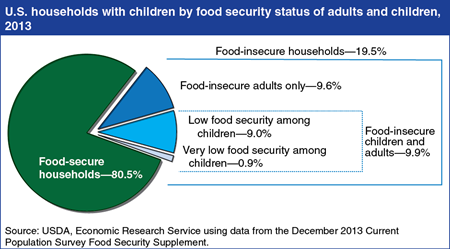