U.S. per capita sweetener availability has fallen since its 1999 peak 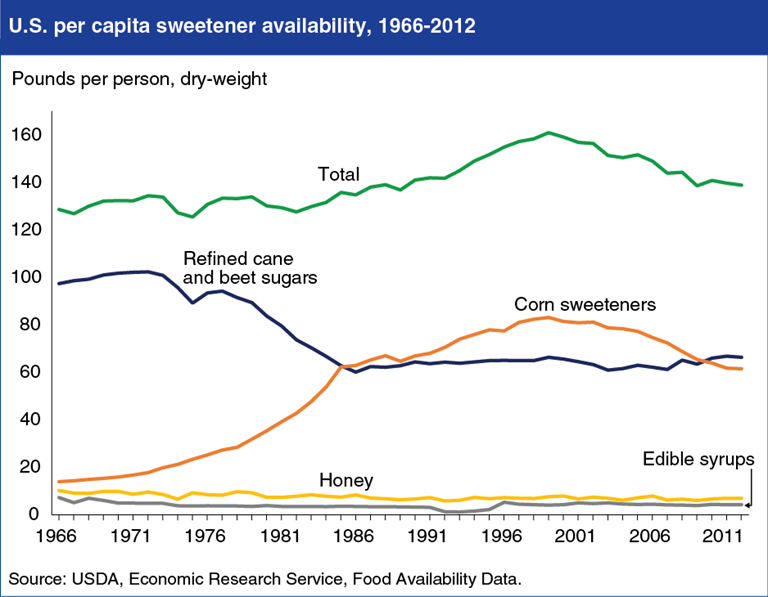 In 2012, 138.9 pounds per capita of caloric sweeteners were available for consumption by U.S. consumers, down from the high of 160.9 pounds in 1999. This decline is largely due to a drop in the availability of total corn sweeteners (high fructose corn syrup (HFCS), glucose syrup, and dextrose), which has fallen from its high of 83.1 pounds per person in 1999 to 61.4 pounds in 2012, partly reflecting rising sales of bottled water and artificially-sweetened, sugar-free drinks. Since 1983, refined cane and beet sugar availability has averaged around 66 pounds per person, down from 102.3 pounds in 1972. In 2010, refined sugar availability surpassed that of corn sweeteners. Per capita honey and edible syrup availability in 2012 were 6.9 and 4.2 pounds, respectively, despite an 85 percent increase in average retail honey prices since 2007. This chart is from ERS’s Ag and Food Statistics: Charting the Essentials, updated May 19, 2014.