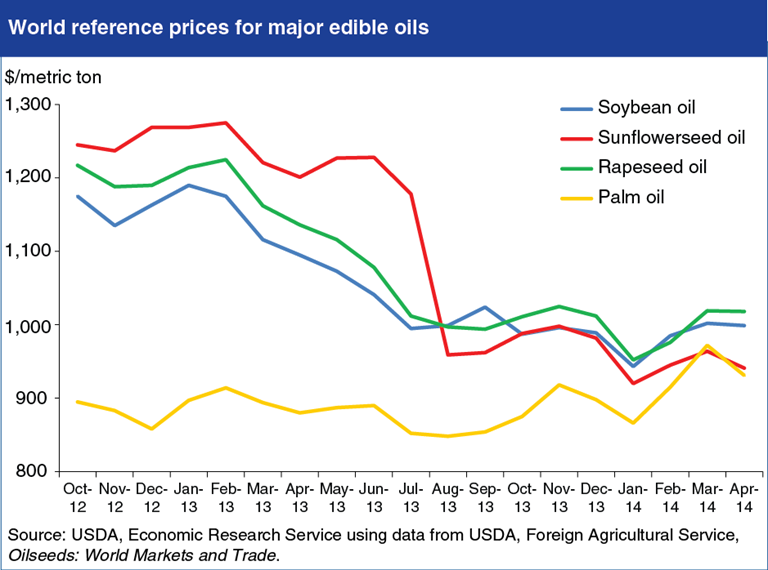 Palm oil accounts for the largest share of global edible oil trade and is typically the lowest priced of the major edible oils, accounting for a large share of purchases by developing importing countries such as India and China. Since late 2013, however, edible oil prices have converged, triggering substitution of other major oils for palm oil by importers and creating opportunities for the United States and other major soybean oil exporters. In India, the world’s largest importer of edible oils, imports of competing oils have expanded as their price gap with palm oil has narrowed. Prices for palm oil delivered to Mumbai are currently $35-$75 per metric ton cheaper than soybean oil and sunflowerseed oil, down from $200-$300 a year ago. Reduced shipments by Indonesia and Malaysia, the 2 major palm oil exporters, are largely responsible for higher palm oil prices. Indonesia’s supplies are being siphoned off by higher blend requirements for domestic biodiesel consumption. In Malaysia, palm oil output has stagnated while domestic use has strengthened, leading to a decline in palm oil stocks. Find additional analysis in Oil Crops Outlook: April 2014.