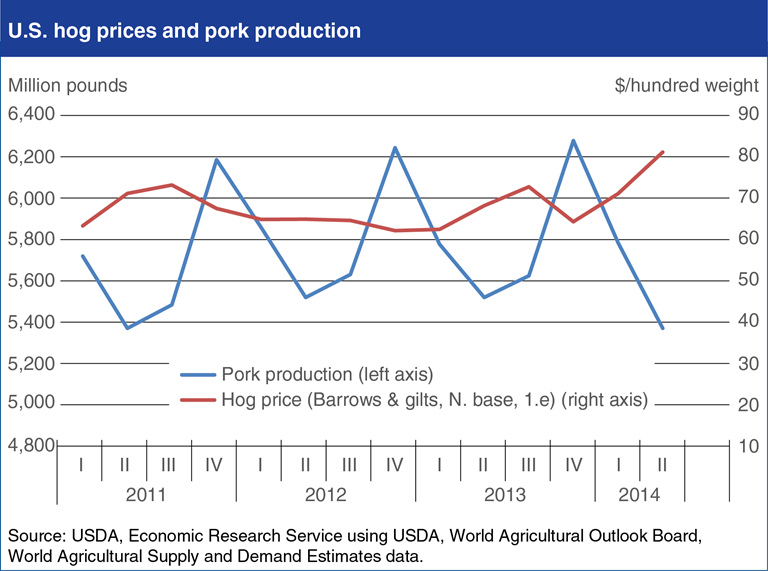 Piglet losses from Porcine Epidemic Diarrhea (PEDv) have reduced USDA’s forecast for 2014 pork production and sparked a recent increase in U.S. hog prices. The 2014 winter pig crop—which will be slaughtered in the summer of 2014—was almost 3 percent lower than a year ago due to pre-weaned piglet deaths associated with PEDv. The impact of the piglet losses on total 2014 pork production and prices is expected to be reduced as producers adjust to the changing market conditions. While fewer hogs will be available for slaughter this year, producers are expected to increase slaughter weights in response to the year-over-year rise in hog prices, lower feed costs, and the excess barn space resulting from fewer hogs moving through the production chain. Average dressed hog weights for 2014 are expected to rise by almost 5 pounds above those in 2013, partially offsetting lower slaughter numbers, limiting the annual production decline to about 2 percent compared with 2013, and leading to some easing of hog prices later in 2014. This chart is based on data in Livestock and Meat Domestic Data, with additional analysis in Livestock, Dairy, and Poultry Outlook: April 2014.