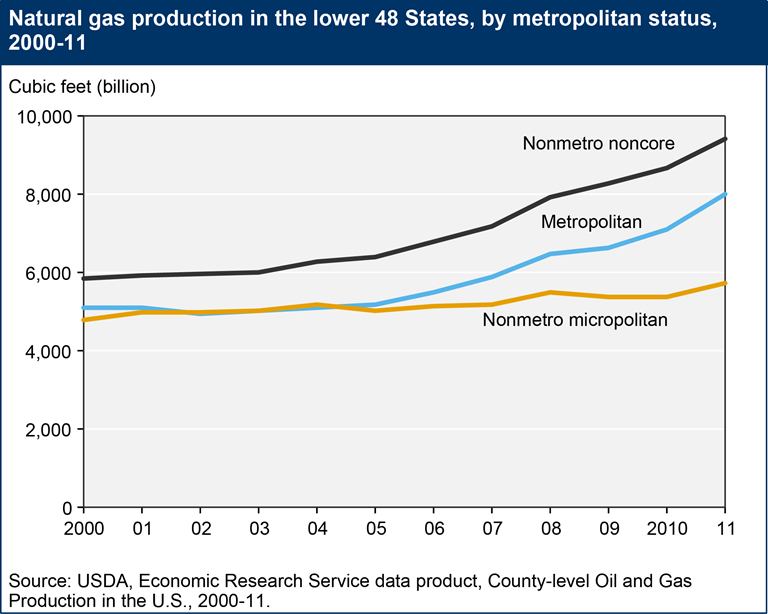 From 2000 to 2011, onshore gross withdrawals of natural gas in the lower 48 States increased by about 47 percent, reaching historic highs in every year after 2006. The most rural of counties—those that are outside the commuting area of a metropolitan area and lack a core urban area of at least 10,000 people, so called “nonmetro noncore”—accounted for nearly half of the growth in gas production. This growth is driven by nonmetro noncore gas-producing areas in the country’s midsection. Several metropolitan areas, notably the Fort Worth area in Texas, also contributed to the growth in natural gas production. Nonmetro micropolitan counties (nonmetro counties with small cities) as a whole accounted for only about 13 percent of the growth in natural gas production from 2000 to 2011. This chart and the underlying data (which include data on natural gas and oil production, as well as indicators of the degree of rurality) are found in the ERS data product, County-level Oil and Gas Production in the U.S., released in January 2014.