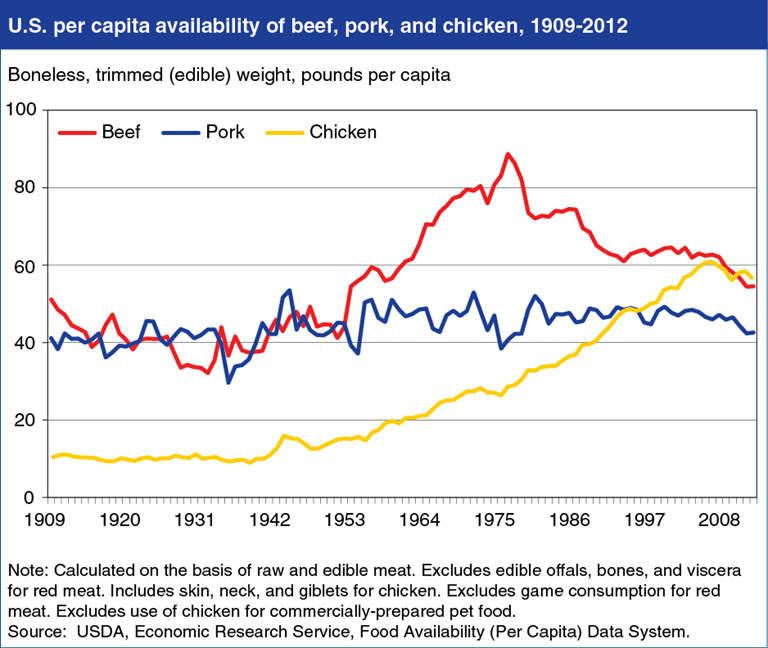 According to ERS's 2012 food availability data, the per capita supply of chicken available to eat in the United States continues to outpace that of beef. In 2012, 56.6 pounds of chicken per person on a boneless, edible basis were available for Americans to eat, compared to 54.5 pounds of beef. Although down from its peak of 60.9 pounds per person in 2006, chicken availability has been higher than that of beef for the past three years. Chicken began its upward climb in the 1940s, overtaking pork in 1996 as the second-most-consumed meat and overtaking beef for the No. 1 spot in 2010. Pork availability, which fluctuated between 49.9 and 46.6 pounds per person over the 1981 to 2009 period, dropped to 42.6 pounds per person in 2012. This chart is from the Summary Findings in ERS’s data product, the Food Availability (Per Capita) Data System.