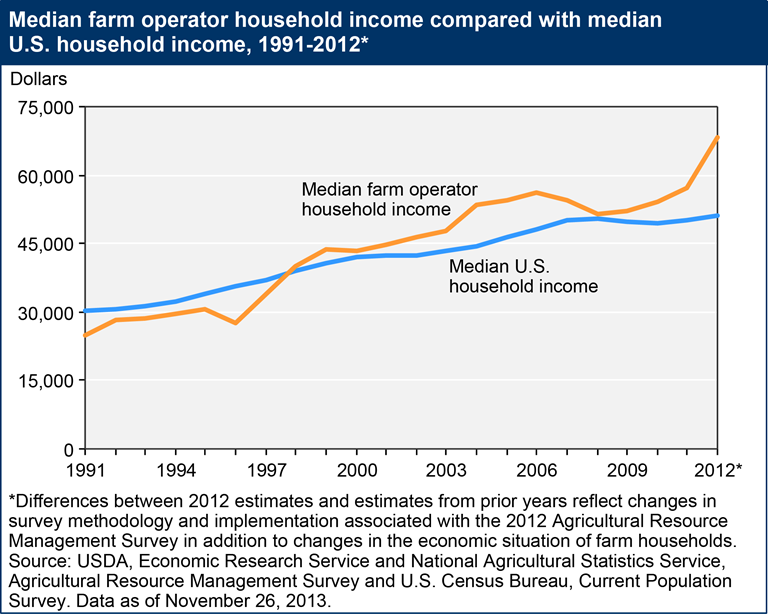 Since the 1980s, ERS has reported an income measure for farm operator households comparable to the U.S. Census Bureau's measure for all U.S. households. From 1991 to 1997, median farm household income (which is driven almost entirely by off-farm income) was consistently less than median U.S. household income. Since 1998, however, the opposite has been true. The reversal may reflect greater returns to farm household skills employed off the farm, in addition to other factors such as changes in the composition of the farm population. As such, the size of the median household income gap reflects differences in the location and type of nonfarm jobs held by the typical farm and U.S. household, as well as variation in farm income. This chart is found in the ERS topic page on Farm Household Well-being, updated February 2014.