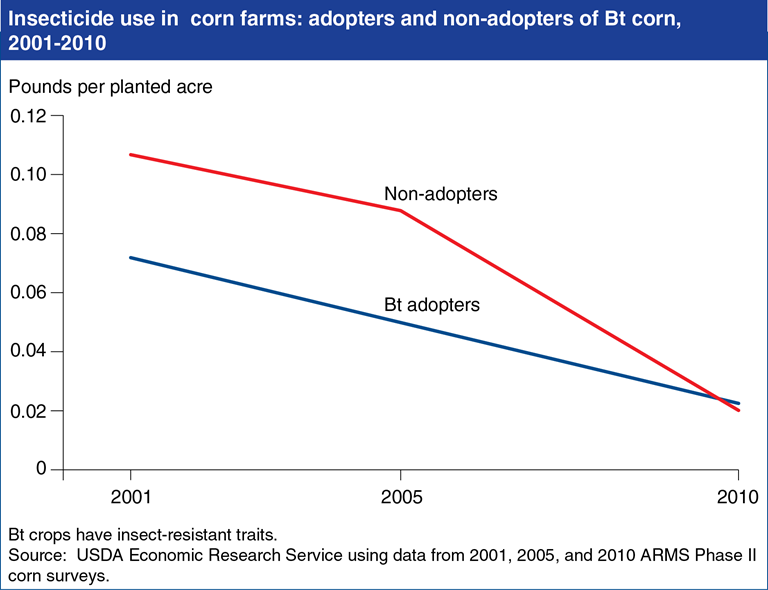 Since their first successful commercial introduction in the United States in 1996, genetically engineered (GE) seeds have been widely adopted by U.S. corn, cotton, and soybean farmers. In 2013, 169 million acres of GE corn, cotton, and soybean were planted, accounting for about half of U.S. land used for crops. One trait engineered into GE corn and cotton is resistance to certain insects (by introducing a gene from the soil bacterium Bacillus thuringiensis (Bt)), protecting the plant over its entire life cycle. Bt corn was planted on 19 percent of corn acres in 2000, 35 percent in 2005, and 76 percent in 2013. Over this period, insecticide use on corn has declined for both Bt adopters and nonadopters. These trends are consistent with research findings that area-wide suppression of certain insects is associated with Bt crop use, benefiting not only Bt adopters but non-adopters as well. However, there are some recent indications that insect resistance is developing to some Bt traits in some areas, which may increase insecticide use compared to the 2010 low levels. This chart can be found in Genetically Engineered Crops in the United States, ERR-162, February 2014.