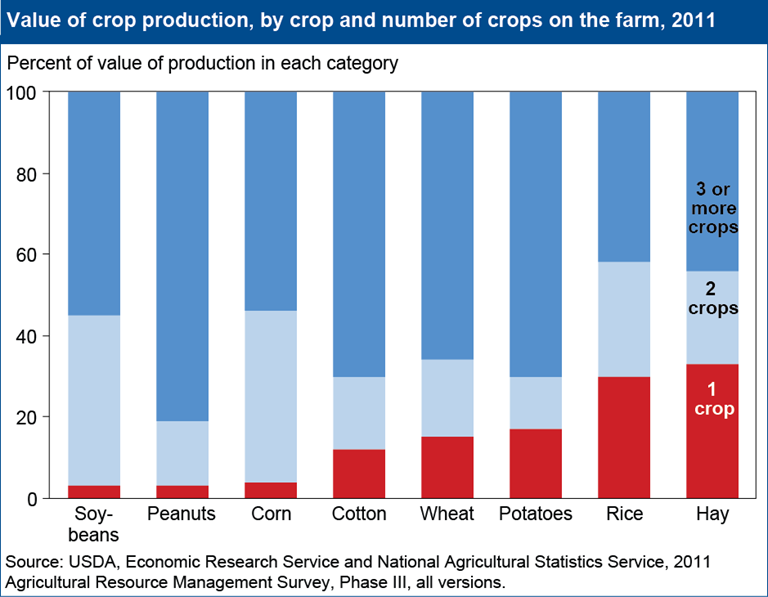 U.S. crop farms have become more specialized over the years, but few are so specialized as to produce only a single crop. Less than 5 percent of the value of corn production occurs on farms that produce only corn, while more than half occurs on farms that produce at least two crops in addition to corn. Soybeans, often grown in rotations with corn, show a similar pattern. Among major field crops, rice and hay have the most specialized production, with 30 and 33 percent of the value of production, respectively, occurring on farms that raised only that crop. Farms with combinations of crops can benefit economically from diversifying against income risks, and can also realize agronomic improvements from rotations that reduce pest infestations and improve soil quality. This chart is based on data table 13 in the ERS report, Farm Size and the Organization of U.S. Crop Farming, ERR-152, August 2013.