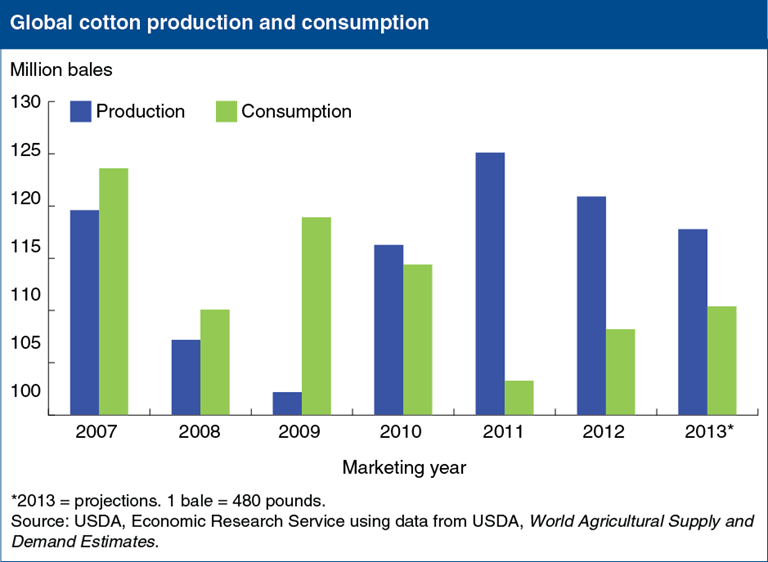 Global cotton production is forecast to exceed consumption for the 4th consecutive year in 2013/14, but declining production and rising demand are expected to bring the market into closer balance. In 2013/14, the world cotton crop is forecast to drop 3 percent to 117.8 million bales, with gains in the Southern Hemisphere and South Asia more than offset by declines in the United States and China. Modest growth in world gross domestic product (GDP) is expected to boost cotton consumption in 2013/14, with China, India, and Pakistan forecast to account for a combined 65 percent of world consumption. World cotton trade is forecast to decline 12 percent to 39.5 million bales in 2013/14 because of lower exportable supplies in several countries and, particularly, a 34-percent forecast decline in China’s import demand. World cotton prices are expected to strengthen in 2013/14, but uncertainty about the duration of China’s recent policy of cotton stock accumulation remains a key question in the price outlook. This chart can be found in Cotton and Wool Outlook: May 2013.