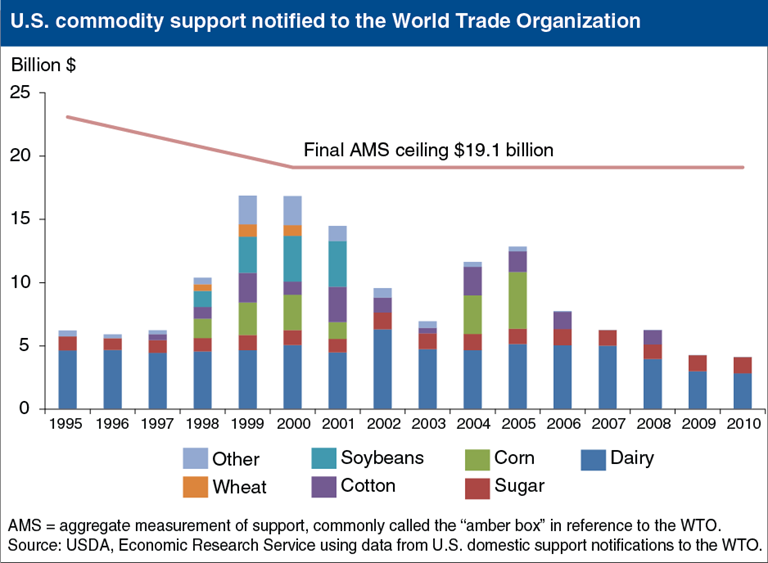 The current Agreement on Agriculture of the World Trade Organization (WTO) limits how much members can spend on trade-distorting support. Members notify this spending as the aggregate measurement of support (AMS), commonly called the “amber box.” The U.S. limit, or ceiling, is currently $19.1 billion, reduced from a starting point of $23 billion in 1995. For developed countries, the AMS includes support for specific commodities (product-specific support) that totals more than 5 percent of the value of production of that commodity, and support generally available to producers (non-product specific support) that totals more than 5 percent of the country’s total value of agricultural production. For the United States, only a small number of commodities have been supported above the 5-percent minimum (or de minimis) level, and general support has never risen above that level. Even so, during several years of low commodity prices, U.S. program support led to AMS totals close to the WTO ceiling. In recent years, however, high commodity prices have reduced program spending, and an AMS has been notified to the WTO for only a few commodities. This chart is based on data found on the U.S. WTO Domestic Support Reduction Commitments and Notifications topic page on the ERS website.