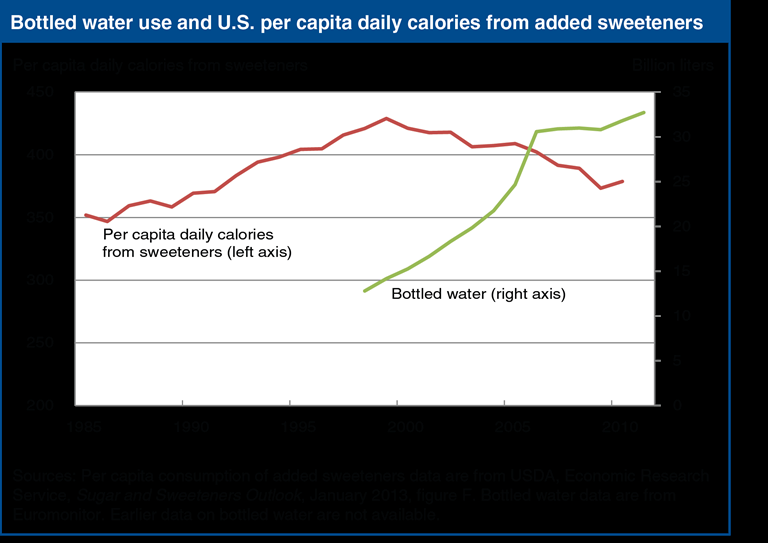 Average U.S. per capita caloric consumption of added sweeteners, which maintained a significant upward trend in the 1980s and 1990s, has now sustained a significant downward trend since 1999. Calories derived from added sweeteners reached about 429 calories per capita—or 22 percent of average total caloric intake—in 1999, but fell to an estimated 379 calories—or about 15 percent of average total caloric intake—by 2010. Most of the decline has been associated with less consumption of carbonated beverages sweetened with high fructose corn syrup, along with increased consumption of unsweetened substitutes, including bottled water. This chart is adapted from a chart that appears in Sugar and Sweeteners Outlook, January 2013.