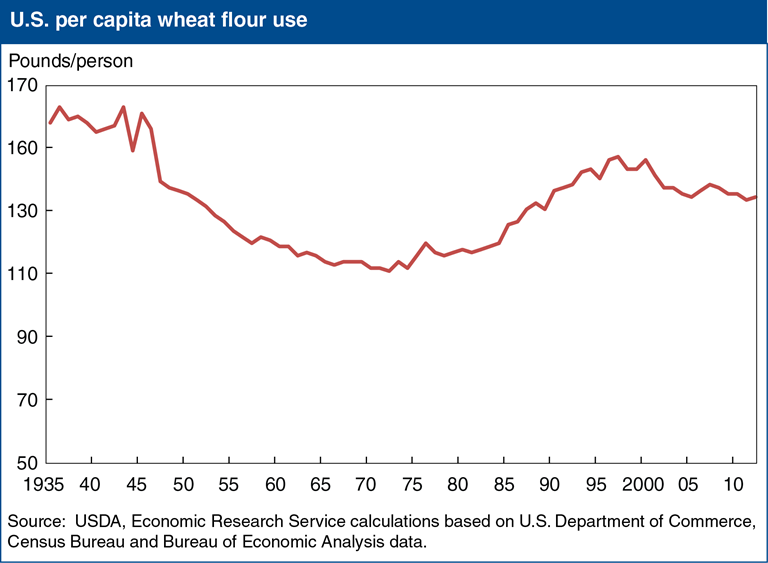 U.S. per capita all-wheat flour use has fluctuated significantly since the 1930s, but is now showing signs of leveling off. Per capita use for 2012 is estimated at 134.4 pounds, up 1.9 pounds from the 2011 estimate, but well below the most recent peak of 147 pounds in 1997 and an earlier peak of 163 pounds during World War II. From the late 1880s until about 1970, U.S. per capita wheat use generally declined, as strenuous physical labor became less common and diets became more diversified. The rebound during 1970-97 reflected such factors as growth in away-from-home eating and an increased understanding of the health benefits from eating high-fiber, grain-based foods. Since 1997, lower wheat use appears to be influenced by consumer interest in low-carbohydrate diets. While U.S. wheat producers benefited from rising U.S. demand between 1970 and the late 1990s, they now face less robust growth in the domestic market. This chart is adapted from a chart in Wheat Outlook: March 2013.